As the Deepwater Horizon accident of Summer 2010 demonstrated, accessing and plugging a damaged underwater oil pipe at depths greater than 1 km, can be a significant engineering challenge. Since oil companies are venturing into deeper waters to meet the production demand, the likelihood of blowout preventer (BOP) failure (resulting in an uncontrolled flow) increases with harsh environmental conditions. Therefore, the oil industry needs an innovative technology to mitigate the impact of a blowout at the new operating conditions. The cost associated with a blowout, both from the environmental impact and litigation, makes potential solutions to the problem enticing.

As the world energy consumption increases, companies and governments alike are looking for renewable forms of energy. However, the problem with most green energy sources, like solar and wind, is that they are cyclical or sporadic. While predictions of energy availability are accurate, currently there is no widely accepted means by which to store large amounts of solar energy over a twenty-four hour period. Concentrated Solar Power on Demand (CSPonD) is a project at MIT, led by Prof. Alex Slocum, whose aim is to receive and store solar energy in the form of a molten salt bath. The molten salt bath can be heated by concentrated solar energy during the day using a heliostat array on the side of a mountain or cliff. Part of the goal is to provide continuous 24/7 power output from the high temperature salt bath. CSPonD can serve as a means to address the growing demand for greener energy sources, shown in the figure below.

The objective is to develop an accurate thermodynamic model for removing heat from the CSPonD bath to produce electric power. The thermodynamic model created will require validation with experimental data. Once validated, the model will serve as a tool to calculate the effect of changing materials, geometry, fluid properties, etc. on alternative heat exchanger designs and heat transfer for large scale energy storage device.

Design review of the design provided by Infra Red Telescope Facity (IRTF) in Hawaii. Completed a design for manufacturing analysis and fabricated all of the components at the Edgerton Student Shop. 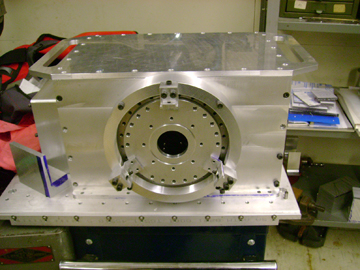 Designing and machining parts for a telescope camera, along with other parts such as a filter wheel, system rotator, and shutter.  The project also entailes analyzing data on occultations of kuiper belt objects and writing an optics program that mimicked the 24” telescope at Wallace Observatory.  Currently, my project focuses on performaing calculations related to the thermodynamics of the cryocoolant system used to cool the CCD chip.  In addition, I am creating a user manual for telescope camera assembly and compiling a report on camera mechanics, including an analysis of mechanical stress at each component intersection, as well as creating a comprehensive installion guide.

Designed and implemented a way to insert two independent CCD's for astronomical observations. This project also entailed creating a way of securing the additional power supplies and electronics to an already existing filter wheel. Another task included filling in the missing engineering documentation of the original MagIc and returning the new camera, MagIC II to Chile. The total time that the camera was off the telescope for modifications was three months. The camera spent an additional month of the telescope awaiting the installation of the cable wrap. 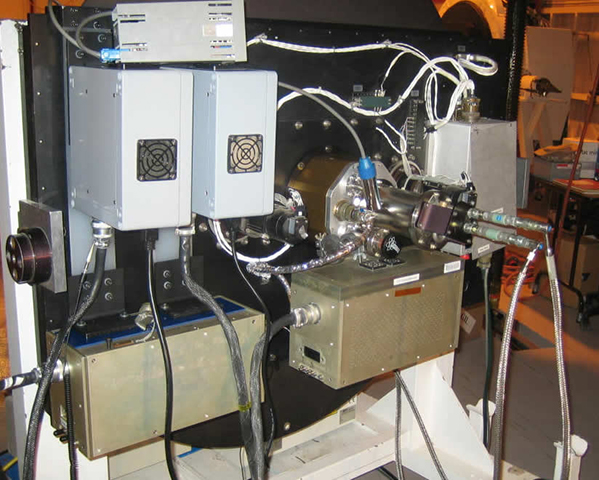 In charge of designing and manufacturing prototypes for addressing several Schlumberger challenges. Designed and manufactured various prototypes including expandable structures, filtration mechanisms, and methods for strengthening the wellbore. The work resulted in a patent submission.

In charge of creating engineering drawings for GRAIL Ka-Band & SWOT equipment. Also responsible for designing and manufacturing of prototypes for testing antennas.

The Unicorn Satellite design was an attempt to eradicate two threats to satellite exploration devices: energy supply and space radiation. For many years, satellite designs have been burdened by the need to carry their prime power supply, regulated and managed by the Electrical Power System (EPS) onboard. No matter how efficient the EPS unit, satellites are limited to the original power allocated at the design stage. The Unicorn Satellite used basic concepts of Electricity and Magnetism to harvest electrical energy from interstellar radiation flux changes, while at the same time creating a magnetic field thatl shields the spacecraft from interstellar radiation. From calculations alone it was found that the satellite would have to be larger than the size of large truck to produce any sort of significant power. There were other concerns such as the power reliability. It was found that this source of power is better obtained through releasing a long teather than allowing the space ship to function as the loop.